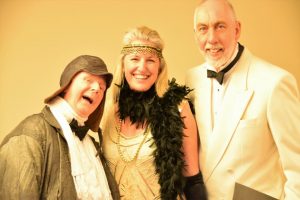 It’s that time of year again, when Jo Langdon our Marketing & Communications Co-ordinator, takes to the stage at Camberley Theatre with The Savoy Singers.! This year, the society are celebrating their 50th Anniversary and will be performing the Gilbert & Sullivan comic masterpiece HMS Pinafore – a sparkling new production of one of the most well-known of Gilbert & Sullivan’s thirteen operettas. Director Duncan Hamilton has put a brand new twist on his latest adaptation of the show, which has been set onboard HMS Pinafore in the 1920’s. Think flappers, champagne, glitz and glamour and you’re half way there…!

The story sees the Captain’s daughter, Josephine, torn between family loyalty and her love for a member of her father’s crew. Will true love triumph in the face of insurmountable social and class barriers? Will her socially ambitious father force her to marry an inept but powerful Cabinet Minister? Will the merry bells on board ship be ringing out for a wedding and if so, whose will it be?

For anyone interested in supporting The Savoy Singers in their Golden Anniversary production, the show runs from 13th – 16th March at Camberley Theatre. Evening performances are at 7.30pm, with a matinee performance on Saturday 16th March at 2.30pm. Why not check out their facebook page – https://www.facebook.com/SavoySingers/ or visit their website – www.savoysingers.org.uk 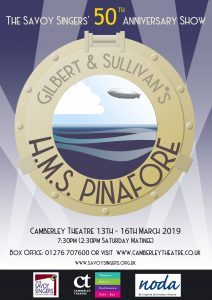 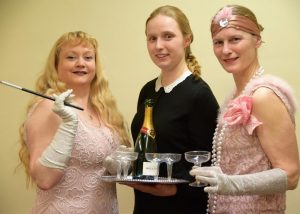 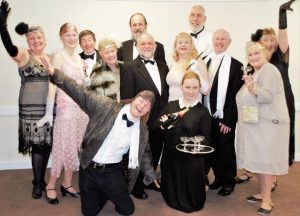 How to Prevent Mould Growth in Wetrooms

Underfloor Heating – The Final Touch to Your Wetroom

Design a His and Hers Bathroom Fit for Harry and Meghan

Wetrooms vs Bathrooms: Which is Best for

Comments Off on Wetrooms vs Bathrooms: Which is Best for You?