Can You Have a Wetroom with a Bath? Ideas & Inspiration 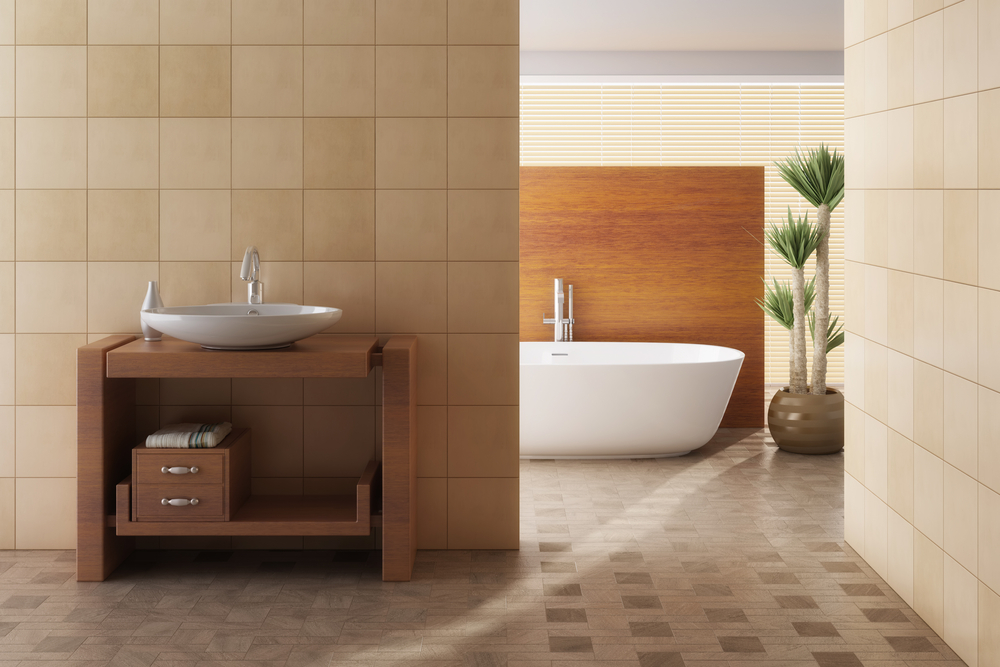 When the decor of a house starts to lag and feel outdated, often homeowners will look to renovate their home. This could involve a slick new lounge, a spacious dining area, or a more stylish bathing area in the form of a wetroom.

Wetrooms not only bring up the value of a property on the market, they also add style and appeal to the overall impression of a home.

The nature of a wetroom is a typically open plan space. But, wetroom designs seem to feature shower areas more often than a bathtub. Here’s why having a wetroom with a bath (and a shower) is both creative and functional for your home.

Is it possible to install a bath in a wetroom?

Wetrooms can be designed to feature a bath, a shower, or any combination of the two. In short, wetrooms can accommodate a bathtub as much as they can a shower, creating a multipurpose space.

For those eager for both systems, a wetroom with enough space can manage both a shower and a bath and will bring even more functionality into your home.

Many wetrooms with contemporary layouts feature shower systems that effortlessly integrate into the open plan. In fact, a wetroom could be defined as a highly organised management of that space, no matter how small the room appears.

A wetroom is not exactly an “alternative” to traditional bathrooms featuring a bathtub. Rather, it’s a stylistic and functional preference for those who prefer a different layout of their bathroom space.

A bathtub, a shower, or a combination of both can quite easily (and stylishly) be installed in a wetroom. The details of its design – whether you choose a bath, a shower, or both – is more a reflection of the property and the owner.

Is there a difference between a wetroom and a shower room?

Unlike a shower room, a wet room is open plan and heavily features safety-first waterproofing. Typically, tiled spaces around a traditional bathroom are preventive for overflows or excess water spills. A wet room, which can accommodate either a bath or a shower, is entirely sealed and therefore, waterproof.

Wetrooms can take inspiration from just about anywhere. 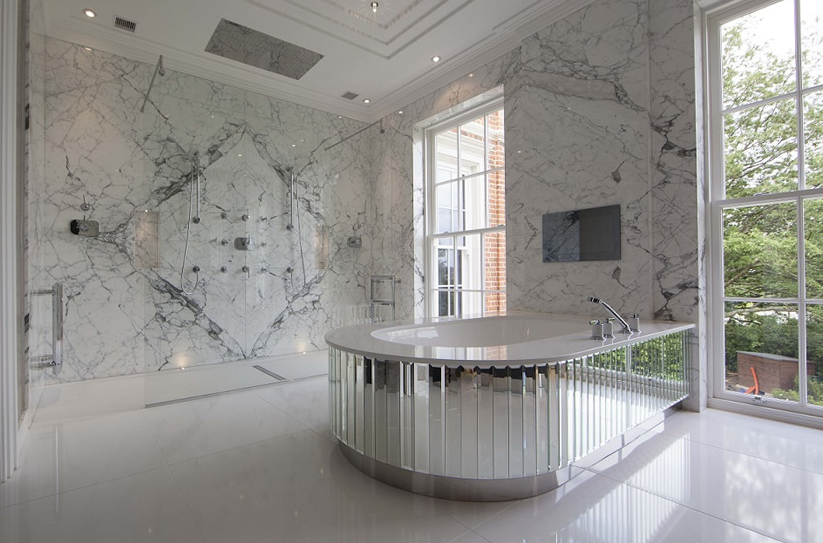 When a wet room features both a shower and bathtub, you’re immediately presented with more options and the space becomes even more functional. This attraction for multipurpose wetrooms is a growing trend among households, precisely because it makes their home feel even more functional (without risking style). 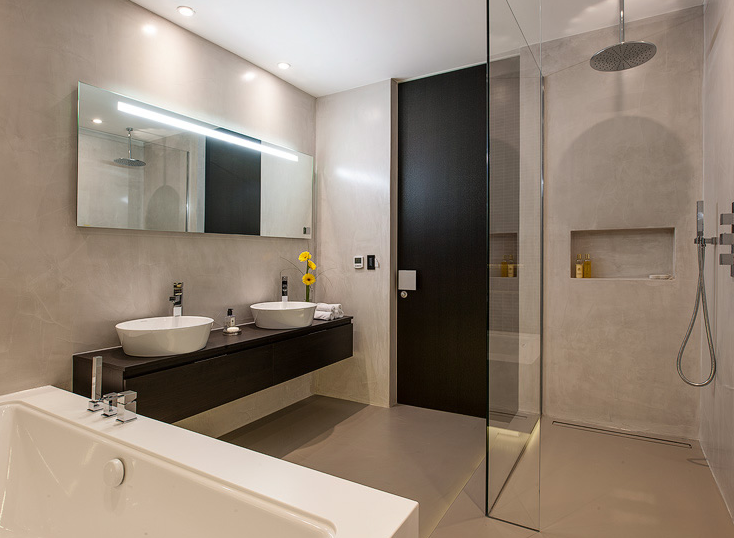 In cultures beyond our own, the allure of a wetroom with a shower and a bathtub is almost irresistible. On the surface, Japanese onsens and other rooms alike seem to instill tranquility, peace and calmness. Yet, there’s also a guiding cultural rule that makes bathing time seem more spiritual and sacred. Taking inspiration from Japan, you could design a wetroom that seamlessly merges both systems – a shower and a bathtub – into one harmonious space for relaxation.

3) Style It Your Way 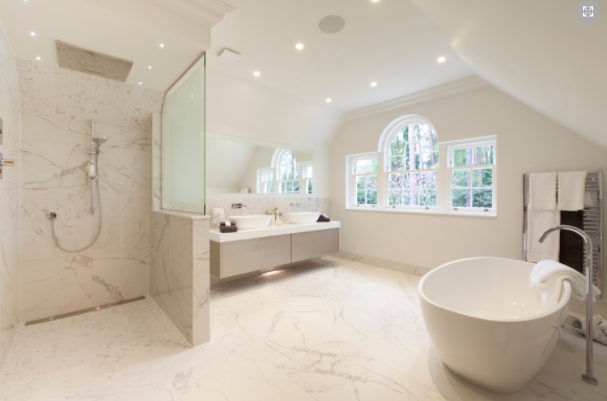 Not only is functionality a major perk, but a house with a contemporary wetroom can accommodate a range of bathtub styles and looks. Unlike showers, bathtubs are usually both a matter of taste and preference. A bathtub is typically treated as a more personal retreat. You can style a bathtub so it’s a slick and modern accessory in your wetroom, or you can opt to make it a statement piece. Style will afford you freedoms to get playful with shape, size, character or any number of combinations.

Where Japanese culture embraced wetrooms (with a shower and a bathtub) for its tradition and a sense of spirituality, your home could benefit from an equally attractive sense of calm and comfort. In essence, a wetroom with both systems, creatively designed to your style and preferences, means that you won’t have to choose between showering or bathing. Both achieve different affects on us – bathing in a tub is more patient and soothing, whereas showering is quick and efficient. With a clever combination of the two, you’re open to customize the level of comfort and relaxation.

Feeling inspired yet? Browse our wetroom gallery for more inspiration, or contact us to find out how your design ideas could be brought to life.

Can You Have a Wetroom with a Bath? Idea

How to Clean a Wetroom Drain

Comments Off on How to Clean a Wetroom Drain

5 Reasons to do a Wetroom Extension

Comments Off on 5 Reasons to do a Wetroom Extension

Comments Off on Wetrooms for Dogs & Top Pet Pampering Tips

Comments Off on Mobility Wet Rooms for Easy Access